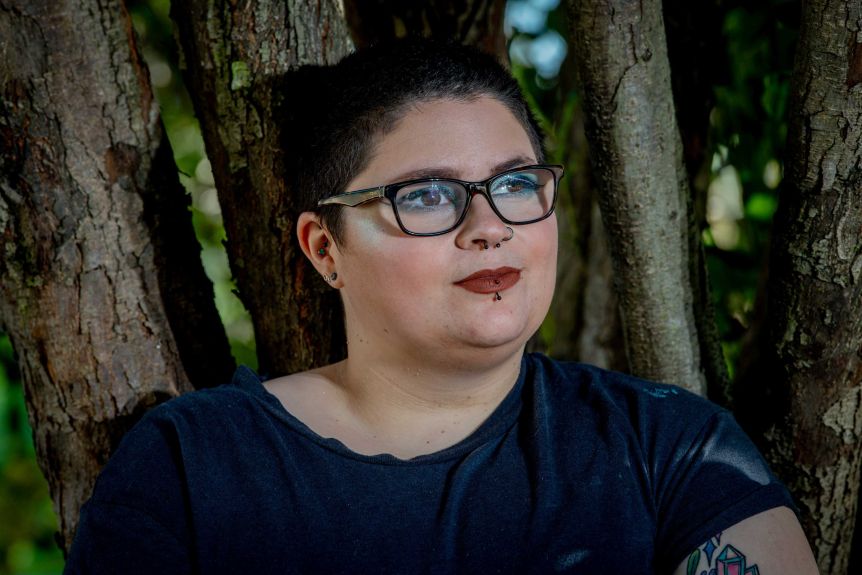 Jeremy Suggett first suspected something was wrong when he started experiencing chest pains and a racing heart.

The 42-year-old, from Castle Hill in Sydney’s north-west, has a suppressed immune system, so was deeply concerned about catching coronavirus.

Added to that, the pandemic brought his business to a halt, and then his car was stolen.

But it wasn’t until he realised he no longer wanted to do the things he usually liked doing that he knew the stress of the pandemic was taking a toll on him.

He had little desire to eat or exercise, and wasn’t even keen to go for a walk with his partner.

For Jeremy, a big part of the solution lay in an old musical instrument that had been gathering dust for 15 years.

“Luckily for me, I was able to start playing something I really enjoyed again, which was the bagpipes,” he said.

For the latest news on the COVID-19 pandemic, read our live blog.

Every day, Jeremy would practise melodies, challenging himself to read music again, and making sure he kept to a daily schedule.

And once a week, he’d go down to the bottom of his garden and belt out Amazing Grace or another tune he was perfecting.

“You work on it and then all of a sudden you’re playing a tune — that’s pretty instant feedback and it’s enjoyable,” he said.

“And other people respond to it positively as well.”

The simple act of picking up a long-forgotten musical instrument helped him counter the stress he was feeling from the coronavirus pandemic, which saw him lose work while trying to support others through the crisis.

“When you lose interest in the things you typically enjoy, there’s something really wrong,” Jeremy said.

If you or anyone you know needs help:

He believes more people are struggling with mental health challenges, unbeknownst to those around them.

“If things aren’t going so well, please go see your GP, or put your hand up and ask for some kind of support.”

Jeremy is not alone.

The largest survey of Australians’ mental health during the stay-at-home restrictions found many of us felt anxious and depressed.

Jane Fisher, from the Monash University School of Public Health and Preventive Medicine, said she was shocked by the findings.

“We estimated people would be feeling some anxiety about how they would adjust to this big change and the possibility that they could contract this virus,” Professor Fisher said.

“But what we found is that many more people were reporting feelings of a low mood, quite a lot of pessimism and despondency about their situations.”

In fact, they found two to three times as many Australians were reporting rates of mild depression than usual.

“Normally you would find about 5 per cent of people in the community have severe low mood symptoms,” Professor Fisher said.

“Of concern to us, we found 25 per cent were feeling moderate to severe symptoms of depression which would cause some degree of disability.”

Almost 14,000 people from across Australia filled out the survey, with respondents from all states and territories and across all age groups.

The respondents who were most likely to have significant depression were younger, less financially stable, had lost their jobs or were caring for others in the family.

Disability support worker Kai Hale said personal contact with others dried up completely during the lockdown.

“I was pretty much stuck in the house after two weeks at a brand new job,” the 20-year-old said.

“Work was where I got a lot of my social interaction, so to suddenly lose it was an experience.”

Kai also missed being able to hang out with friends in cafes and parks, and spent more time on social platforms such as Snapchat and Messenger to make up for the loss of face-to-face connection.

Gardening was something that kept Kai from falling into depression.

“I’ve got so many new plants now,” they said.

Kai was one of many young people who flocked to mental health services such as ReachOut for help.

“I spent quite a bit of time on the ReachOut forums talking to other people to relieve some of the loneliness I was feeling,” they said.

During the lockdown, there was an almost 50 per cent increase in young people seeking help compared to the same period last year.

“Then there was frustration and uncertainty about what the future looks like, when it comes to studies and getting into the workforce,” he said.

“Loneliness has been a consistent thread throughout the whole period [with] sporting clubs closing, schools closing, access to friendship groups really changed.”