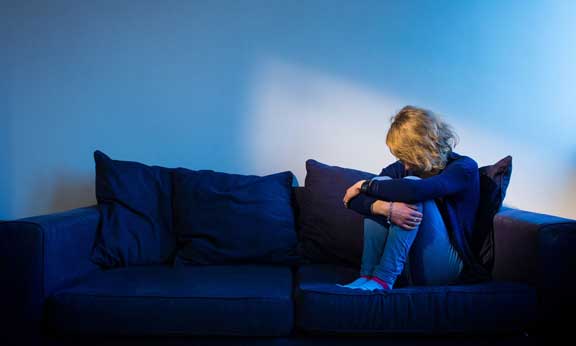 The way we handle sexual harassment in the workplace isn’t working and isn’t fair. What can we learn from other countries?

Lydia’s* boss regularly touched her bottom, sexually propositioned her, made comments about her appearance and invited her to his home. He behaved this way to other women he worked with. He owned and ran the business – there was nobody to complain to. When she spoke up, Lydia’s position was made redundant.

Alice* was 21 and worked at a trucking company. “I recall sitting in a truck and my male colleague sitting next to me saying ‘shut your legs, it’s smiling at me’. I pretended that I didn’t hear him.”

Years later, in a retail role, she was groped in front of her manager and other staff, who took no action. “As a result of the harassment, I was diagnosed with depression and I ended my relationship with my boyfriend.”

The way we currently handle workplace harassment isn’t working and isn’t fair. Most people who face it never complain, and if they do it usually only results in a small amount of “go away” money, with nothing being done to stop harassment happening again in their workplace. One of the most frustrating things about my job is knowing just how strong our legal protections are, then seeing how rarely they are brought to life. Our equality laws are meaningless if they are not complied with, relied upon or enforced.

We know from the Australian Human Rights Commission’s national inquiry into sexual harassment in Australian workplaces that sexual harassment harms too many people – of all genders – in Australia. We have an abundance of data and calls for reform, including the Power to Prevent coalition of over 100 diverse organisations spearheaded by Victoria Legal Aid. With the AHRC’s report due in February, we have the opportunity to address the pervasive, systemic problems that cause so much harm to people like Alice and Lydia.

As part of a Churchill Fellowship I looked at how other nations are preventing workplace sexual harassment. Through interviews in the US, Canada, the UK and Sweden, I learned that the failure of individual complaints, no matter how numerous, to eliminate discrimination and harassment, is global. I also learned that Australia is now out of step with best practice in addressing the problem.

Rather than each person having to “go to HR”, a well-resourced, empowered and independent equality body would bring our right to not be harassed at work to life by insisting on public, systemic outcomes rather than confidential individual outcomes. Overseas such organisations also ensure compliance with the law, protecting employees without the need for them to come forward and bring a claim.

Employers don’t want to see sexual harassment in their businesses, but it’s clear they need help stamping it out. A code of practice under our work health and safety laws can guide employers in how to ensure their businesses are places where all their staff can thrive. If this is paired with a positive duty, mandated in our equality laws, to prevent sexual harassment, as exists in the UK and Sweden, such workplaces could become a reality.

If there’s one thing I learned speaking to the world’s leaders in preventing harassment, it’s that when the laws are clear and backed by our workplace agencies, bosses are better able to actively create places of work that their staff are happy and secure in.

We’re all harmed by discrimination and harassment in our workplaces and communities. I know these reforms would improve the lives of the people I see – people just like Alice and Lydia – by changing our workplace culture and creating sexual harassment free workplaces. It’s time to catch up to the rest of the world.